The
miseries of the world cannot be cured by physical help only. Until man's nature
changes, these physical needs will always arise, and miseries will always be
felt, and no amount of physical help will cure them completely. The only
solution of this problem is to make mankind pure. Ignorance is the mother of
all the evil and all the misery we see. Let men have light, let them be pure
and spiritually strong and educated, then alone… Continue

The ultimate truth must be based on reason, not on scriptural authority. The orthodox nonduality has no truth. 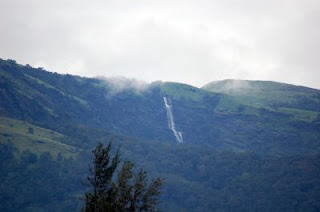 The Indian people never supported the Divine Life Society when Sivananda was alive.

After 30 years I went to Rishikesh, India. I wish sooner but just to sit there on the banks of the Ganges, it all made sense. A place to visit for sure.

Just a few hours a night. Master would come out of his Kutir promptly at 0400. Swami Vishnu had to be there to walk with Him. After an Assassination attempt, ( a man with an axe) Swamiji and another slept down by His door to ensure nothing happened. Swami Sahajananda said, “ I think Gurudev would snore”, He said,” A lot of saints did.”…

He left the Ashram 2 X. Once for a weekend and He came back or they talked Him into coming back then another time He left for a year on His terms. He thought the Ashram was full of losers etc. He was Master’s personal assistant. When He did come back He wanted His personal assistant job back and Master pointed over to the new man currently in that position and said He was…

‎‎"Peace is a quality of the soul. It fills the pure heart. Peace is in  the heart of a desireless person who has controlled the senses and the mind." Sri Swami Sivananda.

"There the sun does not shine; nor the moon and the stars; nor do these lightnings shine; nor even this fire. All this shines after that Light; by Its effulgence all this shines." -Katha Upanishad.

‎"All trials and difficulties are temporary. They will pass away. Have faith. Fear not. Worry not. Be cheerful. Contact God by regular Japa, Kirtan and study of holy books." Swami Sivananda.

“Crave for a thing, you will get it. Renounce the craving, the object will follow you by itself.” Swami Sivananda.

‎"Praise and blame, gain and loss, pleasure and sorrow come and  go like the wind. To be happy, rest like a giant tree, in the midst of them all." Buddha.

I think just about everyone loves a steaming hot cup of miso soup! With a soothing and mild flavor, miso soup is light and "brothy", not the type of soup that is a meal on its own, so serve as an
appetizer. Miso soup is a quick, easy and light soup and is a staple of
Japanese cuisine. This basic recipe is a simple version of the classic
miso soup you'll find…
Continue

The correct psychological explanation of as to what made the good results to follow if one were to follow the great Indian epic Mahaabharata's philosophy of stressing on one's efforts (karma) and not on the results (phala):

Dipak Jain - the dean of kellog school of business has been quoted in Delhi times, the Times of India, New Delhi, Monday, the 13th of November, 2006 saying, "The students are told to do their…

Poligraf’s first album will be entitled « Samsara » in reference to the cycle of reincarnation in Buddhist culture.


Samsara is a Sanskrit and Pali term derived from to « flow together, » « to go or pass through states, » « to wander, » and which translates as «…

9 days of Mother's worship is over.

Sunday night completed 9 days of The Divine Mother’s worship. We had the perfect Swami Vishnudevananda style celebration. Gajananum from the Devananda Yoga Center in Berkeley, CA did an outstanding job. The food was perfect. Narayan and Hari Das took care of the details.…

In autumn, we naturally internalize the vital life force of the external
elements—earth, wind, sky, fire and water—and release what we no longer
need. Fall is also a natural time to examine and choose to—or not
to—let go of old, perhaps inappropriate, thought forms and patterns as
well. Exploring our breath teaches us about the natural cycles of
receiving and releasing that balance our lives. Root yourself in the
gentle wave of your… Continue