Yoga Guru Ruby Blue; Taught in NW Into Her 80s

Ruby Blue, an octogenarian yoga teacher who taught hundreds of students in Washington the secrets of the discipline, died of a stroke June 8 at Manor Care nursing home in Potomac. She was 89.

Anointed a swami, a Hindu honorific title, at age 85, Mrs. Blue was considered a guru, or teacher, by her followers. Her classes at Gold's Gym in upper Northwest from 2000 until 2005 were packed with judges, housewives, doctors, politicians and Navy officers, many of whom passed up the chance to work with much younger teachers.

She meditated in her nearby apartment every morning. She stood on her head until she was 83, when, as a concession to age, she gave it up for the less-arduous shoulder stand, her daughter said.

Mrs. Blue started the practice of yoga in 1967 after attending a yoga camp in the Laurentian Mountains in Canada. Swami Visnudevananda became her guru, and she spent summers there for nearly 40 years, often teaching classes and delivering lectures to hundreds of yoga teachers and enthusiasts.

She was given the name Neeladevi by her guru in the late 1960s. When she was anointed a swami in Orleans, France, four years ago, she was named Swami Neeladevananda. She was the oldest person to be invested by the Sivananda Yoga Vedanta movement.

Born Ruth Thaler in Mielec, Poland, to Jewish parents, she immigrated with her family to the United States as a child. She moved to Washington in 1931 and graduated from Eastern High School in 1936. Active in the school's celebrated chorus, she worked as a pop singer after graduation. Her marriage to Harry Blue gave her a stage-friendly last name, as well as a husband who could serve as her manager, and she adopted the first name of Ruby, by which she was known the rest of her life.

The singing career lasted only a few years, and Mrs. Blue then worked with her husband in the family business, Blue Realty.

They were among the first occupants of the Watergate apartments in the late 1960s. During the Nixon administration, then-Attorney General John Mitchell and his wife, Martha, lived next door. Many journalists sought to interview the Blues during the Watergate scandal, but Mrs. Blue, usually a great talker, refused to be interviewed about her neighbors.

She and her husband retired in 1975 and moved to Palm Beach, Fla. Mrs. Blue continued to teach yoga there. The couple returned to Washington in 1991. Throughout her life, she lighted Friday night candles to honor the Jewish sabbath. 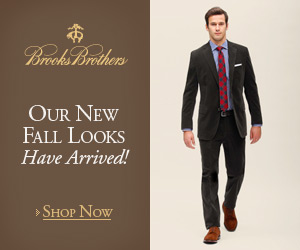